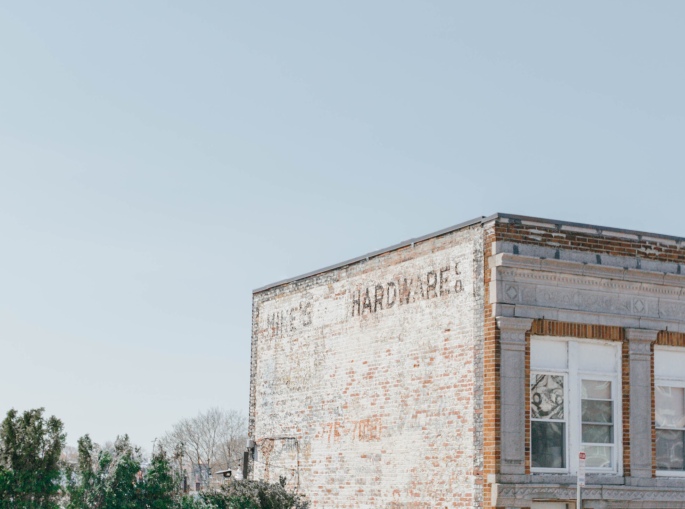 When I was working in the field as a service electrician, I hated going to the supply house. If I was on a job site, I wanted to finish and move onto the next job. How did I prevent a trip to the supply house? I kept common times in stock. From receptacles to switches and ballasts, I knew what items I used on a regular basis and I kept them in stock. This helped me to avoid the supply house and be more productive. If I found a switch that needed replacing, for example, I had one on my truck that I could quickly use to remedy the situation. If our employees would only learn this lesson, my job would be a lot easier.

Let’s consider the claims of Christianity. Are there any “common items” we have “in stock” that we can use? Has God built into us anything that we can readily access in the pursuit of truth? I believe there are. Let’s look at three supplies God had placed on our shelf.

The first item we find in our stock is logic. Merriam-Webster defines logic as “the science of the formal principles of reasoning.” We all use various forms of logic every day without even thinking about it. It is just built into us. It can be a complex topic and universities offer degrees in logic, so we’ll just cover one of it’s laws. The law of non contradiction is a law of logic that we all intuitively know is true. It says that that contradictory propositions cannot both be true in the same sense at the same time. It’s like trying to imagine a square circle or a married bachelor. They cannot logically exist together. We all know this law is true without even thinking about it, and to deny it is to affirm it. Think about that for a minute!

But where did this law come from? Logic concludes that every law must have a law-giver. Even if no humans existed in the universe, logic would still exist. But, this system of reasoning must be based in a mind. It is based in the ultimate mind. It comes from the mind of God.

The following quote from C. S. Lewis sums this up nicely:

“Supposing there was no intelligence behind the universe, no creative mind. In that case, nobody designed my brain for the purpose of thinking. It is merely that when the atoms inside my skull happen, for physical or chemical reasons, to arrange themselves in a certain way, this gives me, as a by-product, the sensation I call thought. But, if so, how can I trust my own thinking to be true? It’s like upsetting a milk jug and hoping that the way it splashes itself will give you a map of London. But if I can’t trust my own thinking, of course I can’t trust the arguments leading to Atheism, and therefore have no reason to be an Atheist, or anything else. Unless I believe in God, I cannot believe in thought: so I can never use thought to disbelieve in God.”

Murder. Cowardice. Betrayal. Lying. These are things that are universally recognized as wrong. The moral argument for God says:

1. If God does not exist, objective moral values do not exist.

Basically, if one thing is objectively wrong, then God exists. Deep down inside, we all know that this is true. It is even confirmed to be the case in the Bible. Romans 2:14-15 says “14 For when the Gentiles, which have not the law, do by nature the things contained in the law, these, having not the law, are a law unto themselves:

15 Which shew the work of the law written in their hearts, their conscience also bearing witness, and their thoughts the mean while accusing or else excusing one another;)” God has written the moral law on each of our hearts.

My favorite quote on morality also comes from the great C. S. Lewis. He famously said:

“My argument against God was that the universe seemed so cruel and unjust. But how had I got this idea of just and unjust? A man does not call a line crooked unless he has some idea of a straight line. What was I comparing this universe with when I called it unjust?”

Psalm 19:1-3 says “1 The heavens declare the glory of God; and the firmament sheweth his handywork.

3 There is no speech nor language, where their voice is not heard.”

From biology to cosmology, the fingerprint of God is clearly seen. Many try to deny this but the Bible says that it is clearly seen and that we are all without excuse. The following are a couple of the arguments for God that we see in nature:

A. The Kalam Cosmological argument. It says:

1. Whatever begins to exist has a cause of its beginning.

2. The universe began to exist.

3. Therefore, the universe has a cause of its beginning.

The cause of the universe must be timeless, spaceless, immaterial, powerful, personal, and intelligent. This is a pretty good description of God. And, coupled with the other arguments we’ve discussed in previous posts, the Christian God appears to fit the bill.

B. The Fine Tuning Argument

This argument is summed up nicely in William Lane Craig’s book “On Guard.” He writes:

“1. The universe is fine-tuned for life.

2. Fine-tuning can potentially be explained by chance, necessity or design.

3. Not by chance or necessity.

4. Therefore, the fine-tuning of the universe is the result of design.

The odds are literally astronomically high. According to Robert Penrose, an atheist, the odds are one part in 10^10^123. Even if you wrote a 0 on every proton and neutron in the entire universe you would not be able to write this number down! To persist in asserting chance as a legitimate explanation against overwhelming odds like this is irrational. To do so would completely undermine statistics and any other rational predictions (e.g., weather forecasting, stock projections, etc.).

Because the constants are independent of the laws of nature and independent of one another. And because there are no intrinsic reasons to, say, why the weak force is the strength it is. These are contingent (could have been otherwise) values. If all of these constants and laws are explainable in terms of some unified super-theory, this simply pushes back the problem one level: why is the unified super-theory so tightly and elegantly composed so as to produce each of these constants and laws so as to produce life?

The other day I was working on a home standby generator at a customer’s house. It had failed to start during a power outage. A coworker of mine had diagnosed the problem as a bad starter, so we ordered the starter and I had returned to replace it. After replacing it, it still failed to start. I was puzzled. Upon further investigation, I found that it had a bad start relay switch. I was 45 minutes away from a supply house so I said a quick prayer that I would have something on my truck that could solve the problem. I looked through my stock and found a relay that worked perfectly. I was thankful it was in my stock.

As we investigate the truth of Christianity, we can also be thankful that God placed the common items of logic, morality, and nature in our stock.